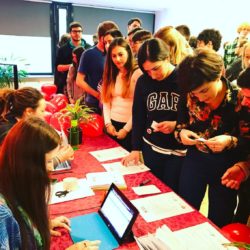 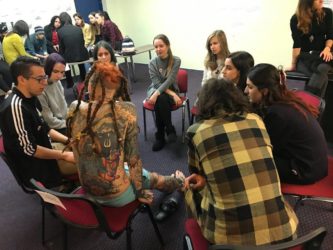 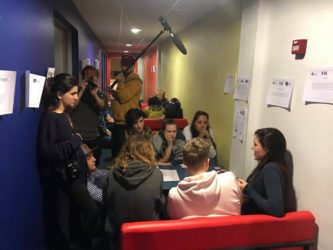 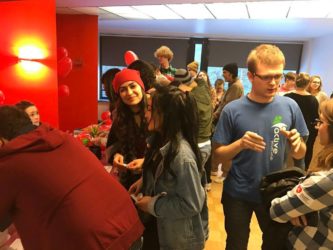 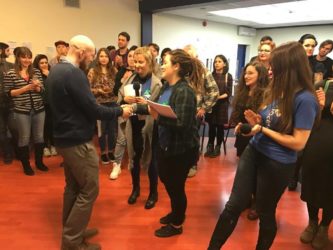 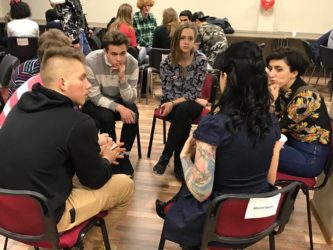 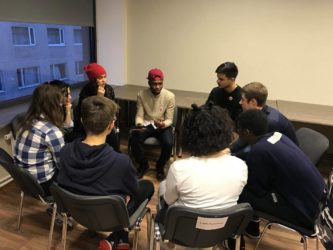 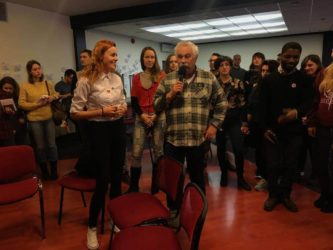 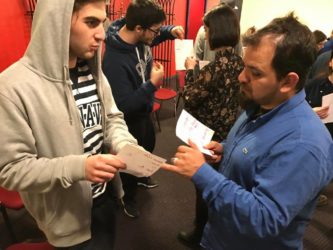 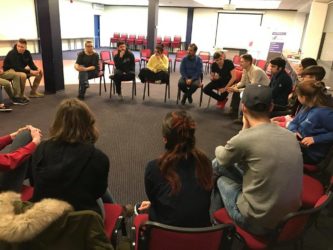 25.02.2017, Open Event “Human Library” on the topic “NO HATE SPEECH” in the Dzingel Hotel (Männiku tee 89, 11213 Tallinn)
On 25th of February, the “Human Library” event took place in Tallinn. “Human Library” is a method to bring people who are a minority in our society or are confronted with discrimination, together with those who are interested to get in contact with kind of persons they probably never got in touch before. The idea is that a conversation develops between “books” and “readers”. 27 brave volunteers, not only from Tallinn, agreed to participate as ”books” to share and talk about their life stories on a variety of topics.
The event was attended by over a hundred people, including young people from six countries who arrived to Tallinn for the “No Hate Speech” project, organized by our organization “Youth Club Active” in cooperation with partners from Germany with the support of the Erasmus+ program.
Among the “books” you could find a variety of different people, for example, a body modifier, a vegan, a feminist, a Krishna book, how it is when Yoga becomes an art of living, a Muslim Estonian and in contrast also an Ex-Muslim, a foster mother, but also a woman who does not want to be a mother, a police officer, the story about what happens backstage of a stripper club, a blind person and a practically blind wheelchair user, a person who is living with a donor organ, how it is to live with mental illness and another one who shared their story about eating disorders, the journey of a split personality, someone working with autistic people and three “books” with different stories of being a refugee or an immigrant. Each of them told about their everyday life, about challenging situations, how it is to live in this society, and answered the questions readers asked.
The “readers” who took a part in the event received an inspiring experience and remained impressed.
“It’s always interesting to hear stories that are different from yours,” said one of the participants.
“If there wasn’t Human Library, I wouldn’t be able to communicate with people from certain sectors of society in such open atmosphere,” added another.
Positive experience was also received by “books” who were very happy to help people cope with prejudices, as well as dispel negative stereotypes associated with people like them.
“Telling about myself to a group of strangers and discussing my story with them helped me to better understand myself and to be convinced of some of my ideas and some of them to reconsider,” said one of the people who acted as a “book”.
“I have never felt so much freedom of self-expression and thought, openness and goodwill, despite the diversity of the people around me. I am convinced one more time that all barriers and prejudices are only in my head, ” added another “book”.

The event has also excited the national press, TV and radio channels in Estonia, Tallinn.

In advance and also during the event, the press welcomed us to promote the „Human Library“ and accompanied as well the process on 25th.

Two participants from Germany from the „No Hate Speech“ Project recorded a small video clip, which shows the atmosphere and gives insights oft he event.